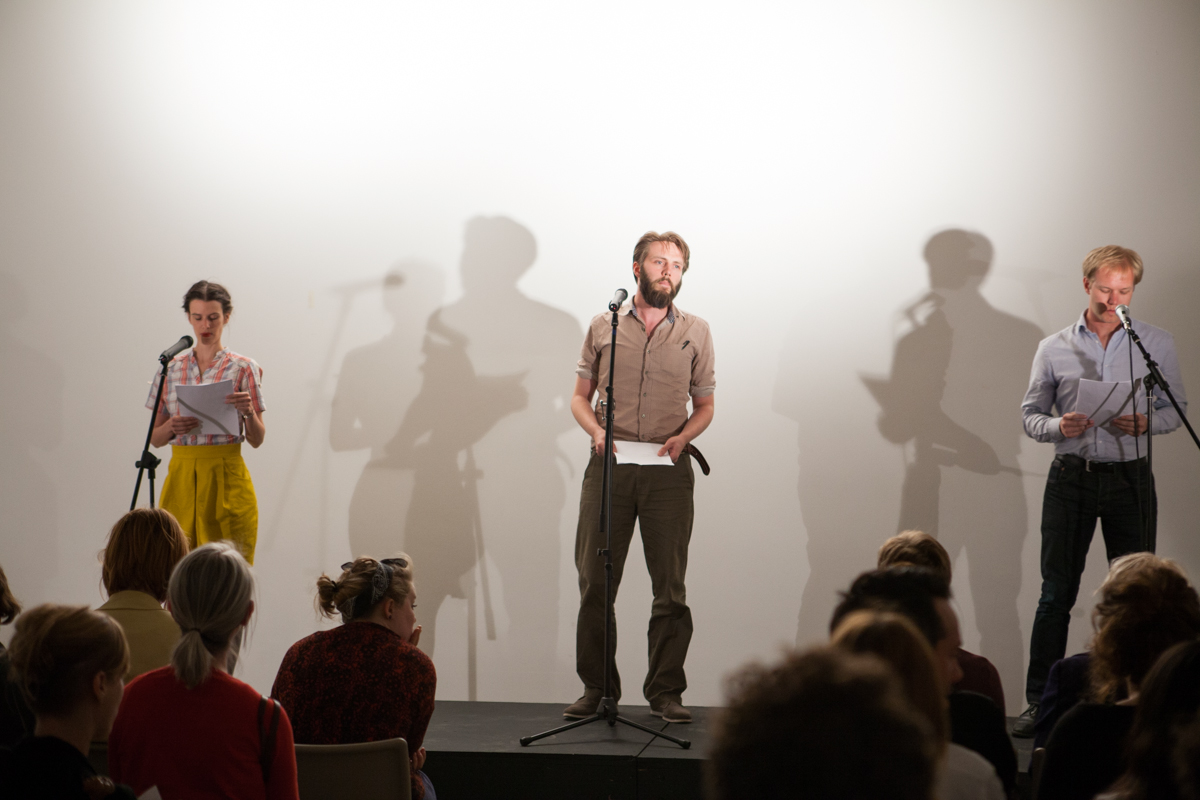 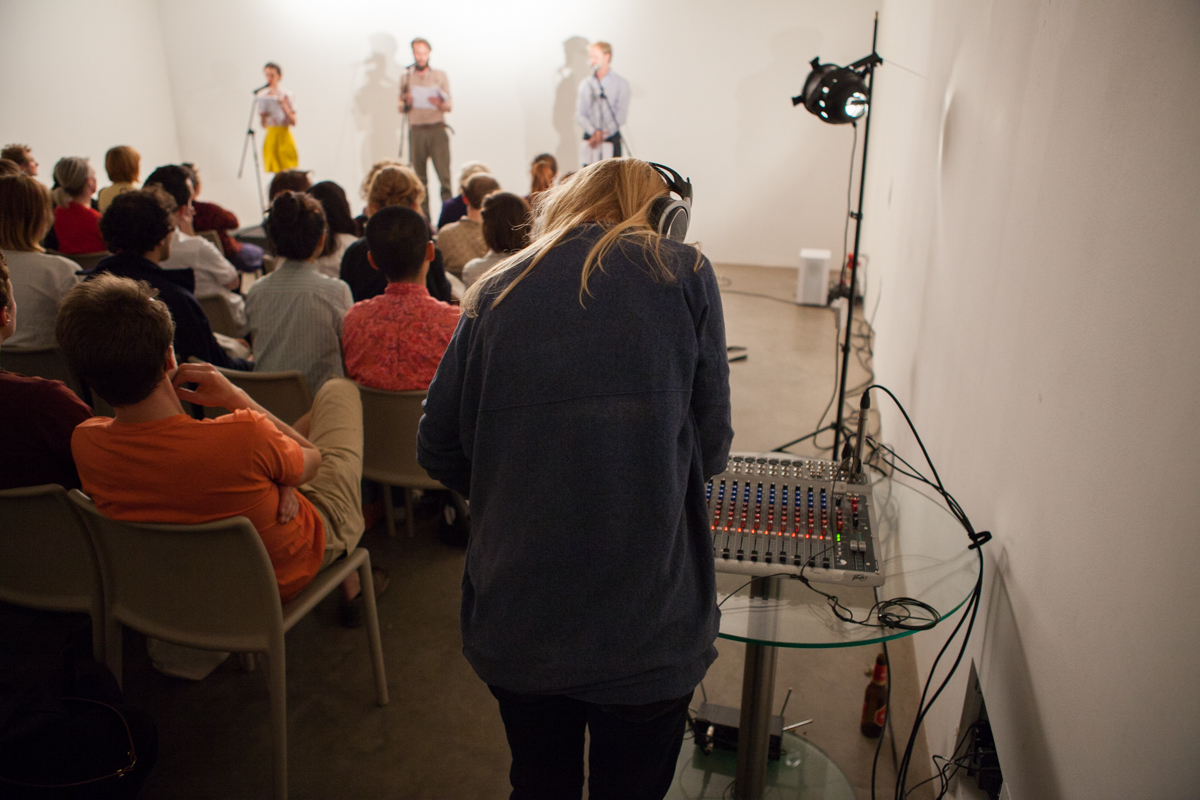 An Experiential Treaty on Words and Other Things (2011)

The work was also performed at Kunsthalle Basel in January 2012.

Nicole Bachmann’s live work An Experiential Treaty on Words and Other Things (2011) is inspired by texts of three thinkers: Giorgio Agamben, Walter Benjamin and Kate Love. The script circles around the question whether experience is located in language or outside of it, is read by actors, whilst at the same time the artist interferes with the volume levels, creating a sonic layer that both obscures and accentuates the content of the text.